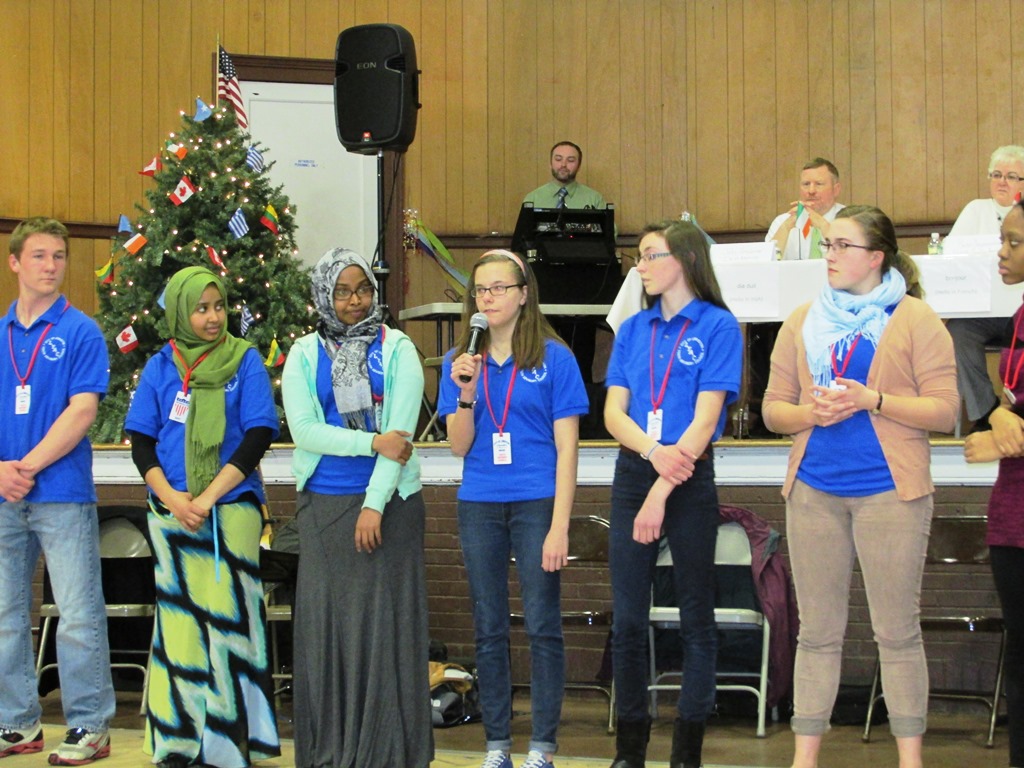 History came alive on April 5, 2014, at the Lewiston Memorial Armory, as Irish, French, Greek, Lithuanian, and Somali Americans shared their families' journey to Lewiston as immigrants-to include the reasons they came to Lewiston, experiences along the way, and the struggles/successes once here. Phyllis Deringis, Lithuanian panelist, stressed the importance of sharing these stories so that generations to come will have answers to their questions. In addition to Deringis, other panelists were John Henderson (Irish); Rachel Desgrosseilliers (French Canadian); Jack Clifford (Greek); and Zam Zam Mohamed (Somali). Respective flags-along with the American flag, served as decorations, and a world map was available for attendees to put a push pin on their country of origin - lots of enthusiasm as folks focused on their own country.

Celebration of Immigration, which was hosted by the Lewiston Youth Advisory Council, was intended to recognize Lewiston’s five largest immigration “waves” and to bring people together in a spirit of unity and community. Lithuanian music played as attendees arrived, and a Lewiston history Powerpoint scrolled throughout the event. The event was very well attended, with even tears shed as residents from here and away viewed displayed historical memorabilia, some pertaining to their own family members. Cultural food samples provided by LYAC members were served, cultural dancing was demonstrated and extended to audience participation, and cultural music was provided by the Great Falls Community Folk Orchestra.

LYAC members also shared what planning and experiencing the event had meant to them with words such as “eye opener,” “we are different but alike,” and “we are all people” echoing their sentiments. In addition, Lewiston Mayor Robert Macdonald was on hand for the event and praised those who have come to Lewiston to build a better life, such as the Irish who built the local canals.