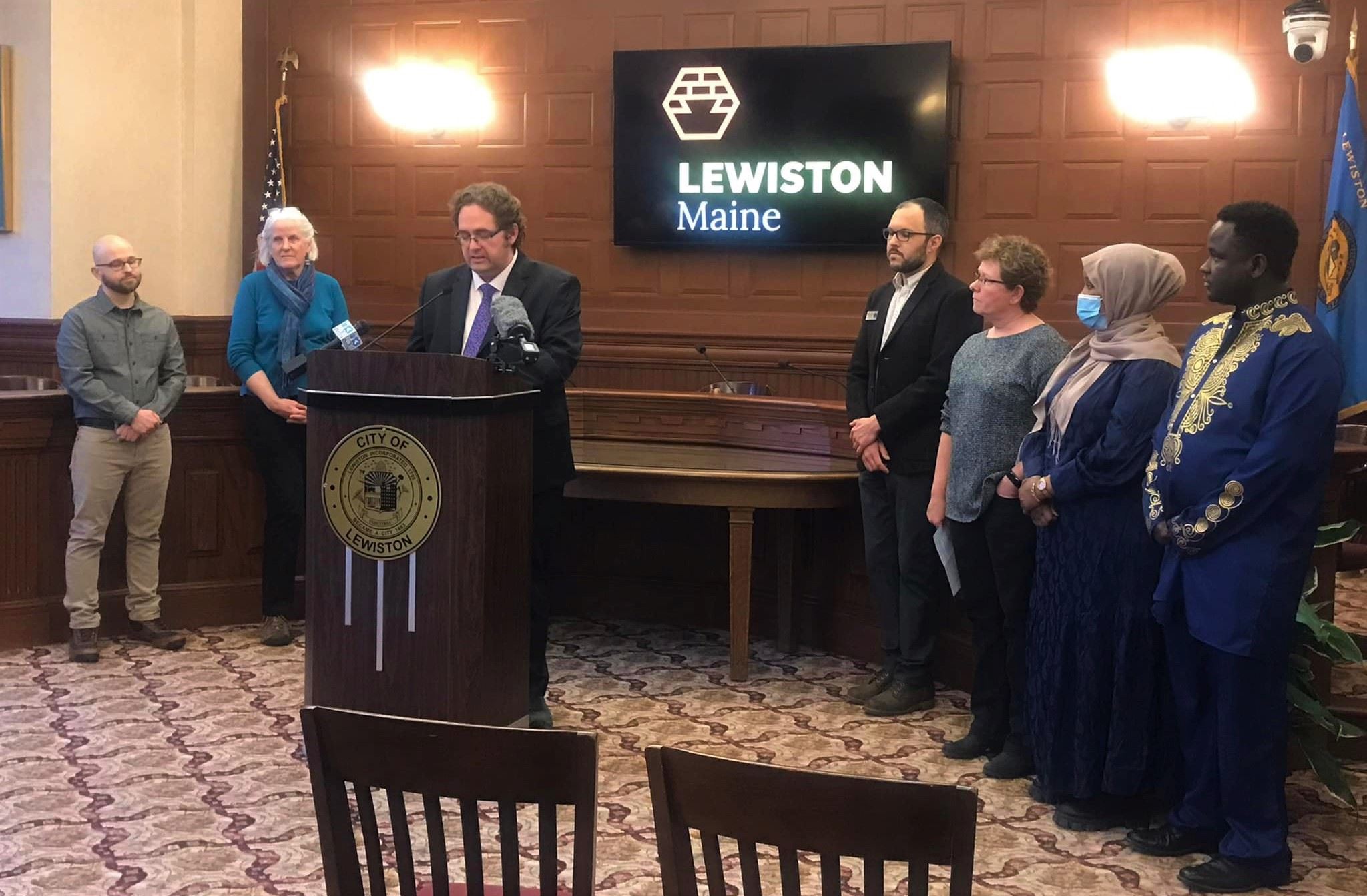 At a March 18, 2022, press conference, Mayor Carl L. Sheline announced the creation of a Mayoral Ad hoc Shelter Committee and its two co-chairs, Craig Saddlemire and Amy Smith. Councilor Scott Harriman and other committee members stood at the podium with the Mayor.  The Mayoral Order can be viewed at: www.lewistonmaine.gov/shelterorder

Mayor Sheline noted, "People experiencing homelessness are not our enemy. We can't act like homelessness isn't an issue here.  We can't act like we have the services we need, not when families are sleeping outside, not when our veterans are carrying all they own on their backs, not when kids are sleeping in cars and then are expected to learn at school the next day. We don't have the time and resources to waste on useless measures that won't get us any further toward solving the problems we face. We need to act now."

Agendas and Minutes for the Shelter Committee